You can find on this page the Seville tram map to print and to download in PDF. The Seville trams map presents the network, zones, stations and different lines of the tramway of Seville in Spain.
There is only one short line, T1, which links San Bernardo via the Prado de San Sebastián to Plaza Nueva in the city centre as its shown in Seville tram map. Seville tram T1 line connects with the C3/4 bus and the airport bus at the Prado and the train station at San Bernardo. The Metro-Centro tram is a 1.4 km line through the center of Seville. 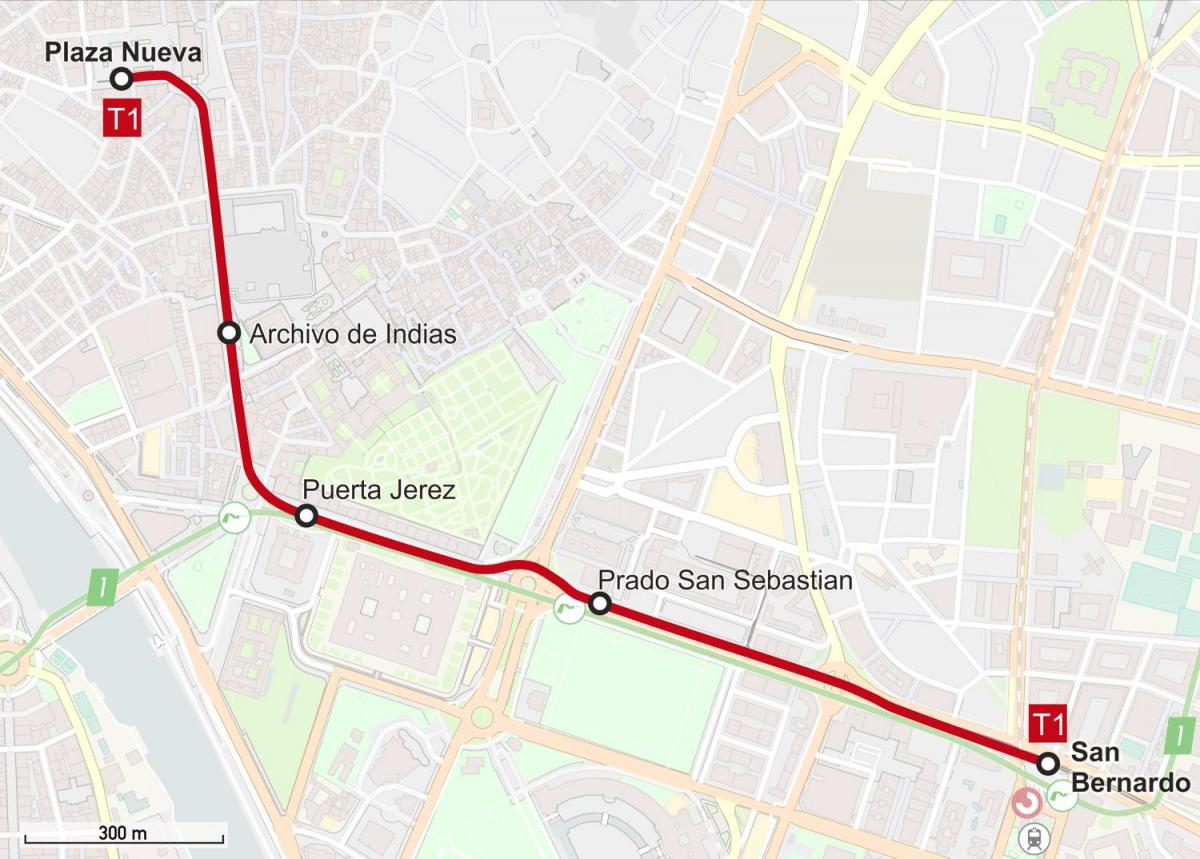 Seville tramway runs on both 750V overhead power and its own bateries (see Seville tramway map). This design is to avoid ugly electrical catenery wires in the historic centre next to the cathedral. Seville tramways have to charge their bateries at the stations in this 500m section. Locals rushing for the tramway in Plaza Nueva know when it is about to depart as the pantagraph on the roof is lowered. There are future expansion plans to Santa Justa railway station. The Metro Centro tramway opened in stages between 2007 and 2011. The Metro Centro Tramway saw a return of trams to Seville which has previously run from 1866 to 1965.

Seville tramway tickets, timetables and payments work in exactly the same way as the bus system and the tramway is a quick and reliable way to get around. Tourist Cards and Sevilla Cards are also valid on tramways (see Seville tramway map). You can buy a ticket (1.20 euros) at any station, from the machine on the platform, which you stamp on the tram itself. A more economical option is the combined bus/tramway rechargeable pass, Tarjeta Multiuso (see Seville tramway map, Bus).