You can find on this page the Seville trains map to print and to download in PDF. The Seville trains map presents the rail network and railway stations of the trains of Seville in Spain.
The Santa Justa train station is served by the AVE high-speed rail system, and is operated by the Spanish formerly state-owned rail company Renfe. A five-line commuter rail service (Cercanías) joins the city with the Metropolitan area as its shown in Seville train map. 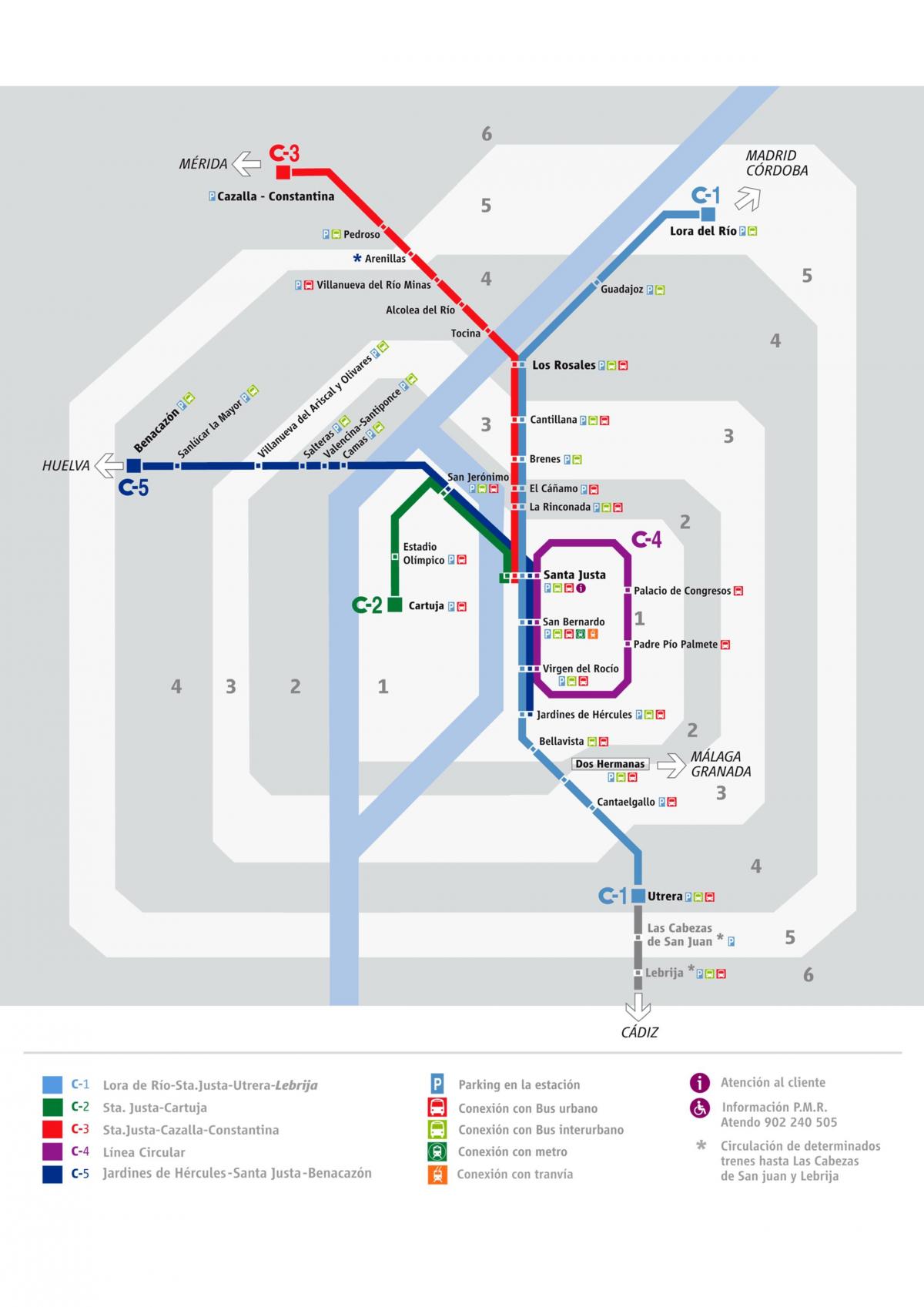 Seville, the capital of Andalucía, is the fourth largest city in Spain and a vibrant, bustling place – one that captures all the best qualities of the Spanish South. No surprise then that when Spain opened its first high-speed rail line, way back in 1992, it was from Madrid to Seville (see Seville rail map). All high speed rails leaving Seville, from the local trains to nearby towns to the high-speed bullet rail (AVE) to Madrid, depart from the Santa Justa railway station. Tickets can be purchased in advance at the station from 8 a.m. to 10 p.m.

Although geographically quite remote from other major Spanish cities (Madrid is almost 500 km distant), Seville is still well-connected by rail system. Fast AVE rail services run direct from Seville to Madrid, Barcelona and Valencia as its mentioned in Seville rail map. Fast trains to the capital take just two-and-a-half hours. Regional rail connections to other cities in Andalucía are excellent. Córdoba and Jerez (the home of sherry) are both an hour or less away. The coastal cities of Málaga and Cádiz can both be reached within two hours.

With metro construction booming in Spain (especially in Madrid and Bilbao) during the late 1990, the Andalusian government rediscovered the need for improved public transport and began planning the construction of a light rail network, similar to a Premetro/Sneltram system with certain routes in tunnel (especially that built in the early 1980 in eastern Seville) but other stretches running on street level as you can see in Seville rail map.