You can find on this page the Seville bike map to print and to download in PDF. The Seville bicycle map presents the bike routes and lanes of Seville in Spain.
Seville bikes are another popular mode of transportation: Seville boasts many bike lanes and a popular bike share program (Sevici) as its shown in Seville bike map. 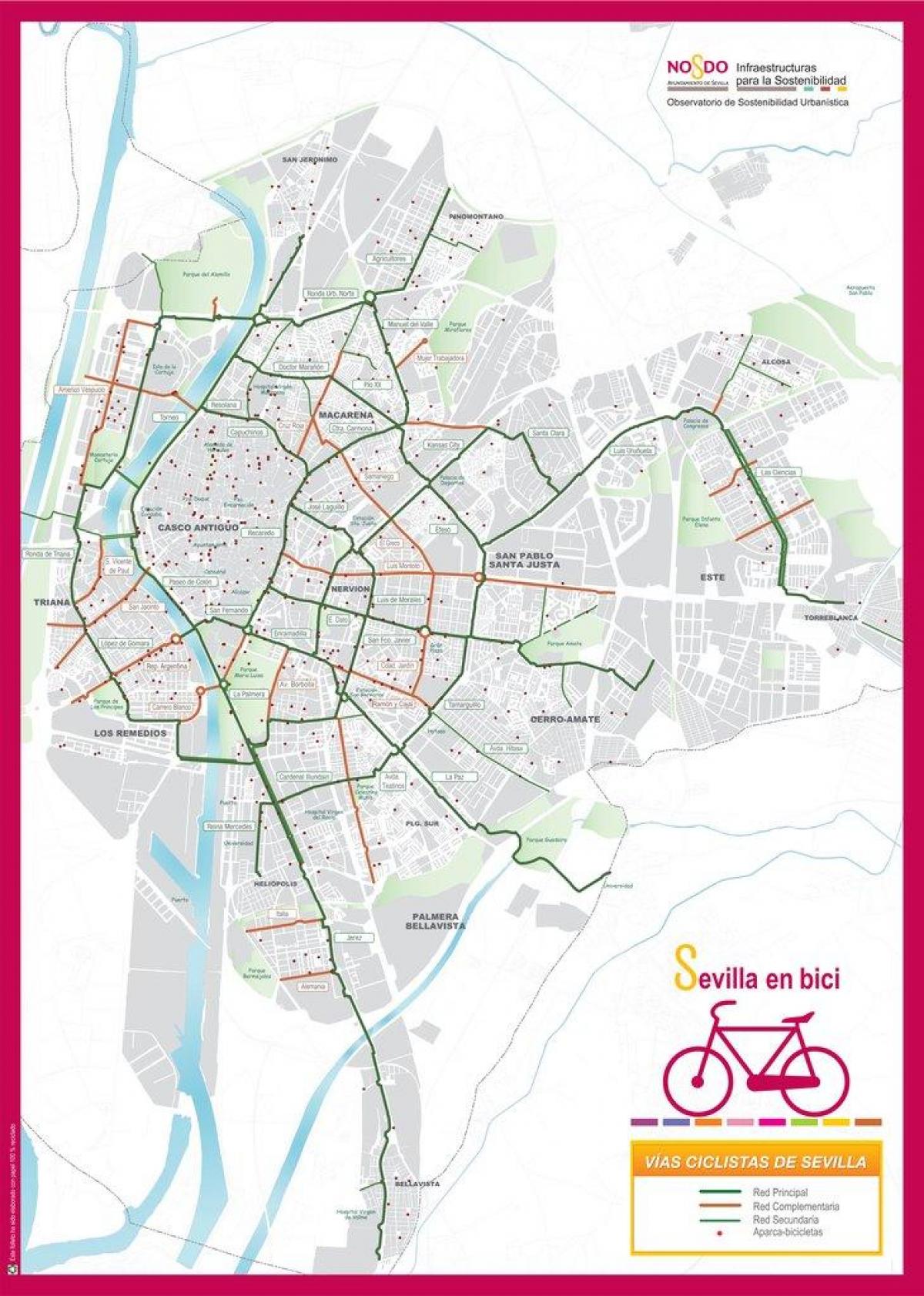 Seville boasts an impressive 120km of bike lanes as its mentioned in Seville bike lane map and has the advantage of being almost completely flat. With 250 terminals to rent these public bikes from across Seville, you will always be close to a terminal to pick up or drop off a bike. A weekly pass costs just 5€ and you can pay by credit card directly at the bicycle terminals. Remember to bring a padlock and protective headgear.

The reason why the bike hire scheme has gained particular praise in recent years is down to Seville network of bike lanes, snaking around the town centre and into the suburbs as you can see in Seville bike lane map. The sheer scale of the scheme, 75 miles of track in total, has prompted comparisons to Amsterdam. Seville bike station has between 10 and 40 parking slots to fix and lock the bike.

Before bike-sharing systems debuted across the United States, Seville Sevici service was fully implemented. Some great lanes to ride your bike include along the river as its shown in Seville bike lane map where there is a lane for bikers, joggers and the likes; the expo grounds, which are fairly deserted; Parque Maria Luisa and Parque Alamillo just across from the bridge by the same name. The most important factor beside Sevici bikes is that the municipality created more than 120 km of safe bike lanes throughout Seville and did it fast. Bi-directional green paths follow main avenues. They are continuous (properly connected at crossings), uniform (green surface, 2.5 m wide) and segregated from motorised traffic. Whole network cost 32 million Euros. Measures were based on sustainable mobility plan. Seville proves that development of biking can be achieved fast.